The Men, The Myths, and The Legend Behind Dirtbag Ales
About 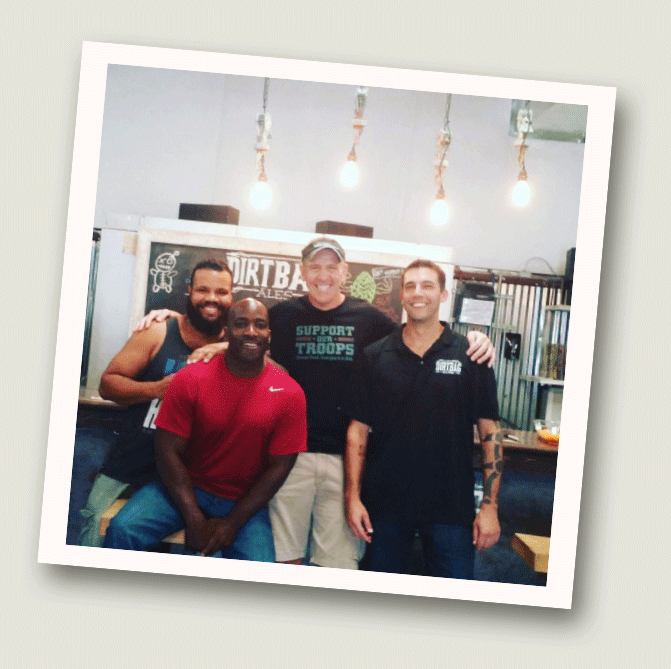 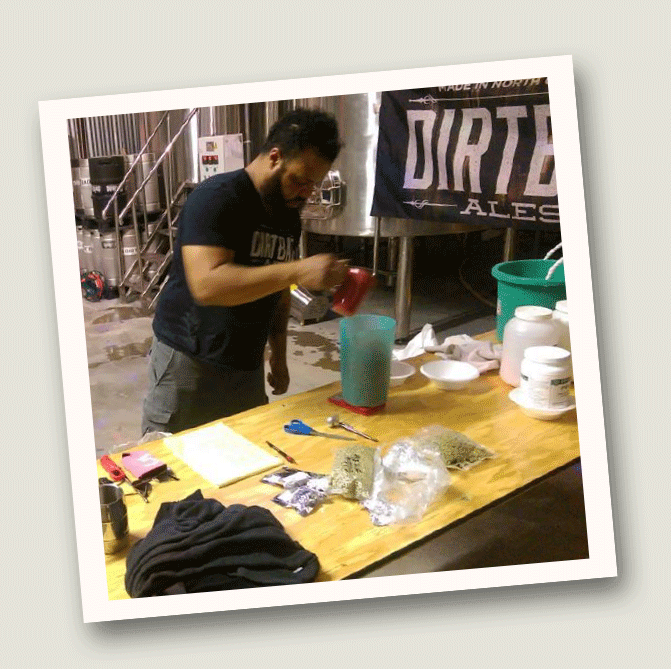 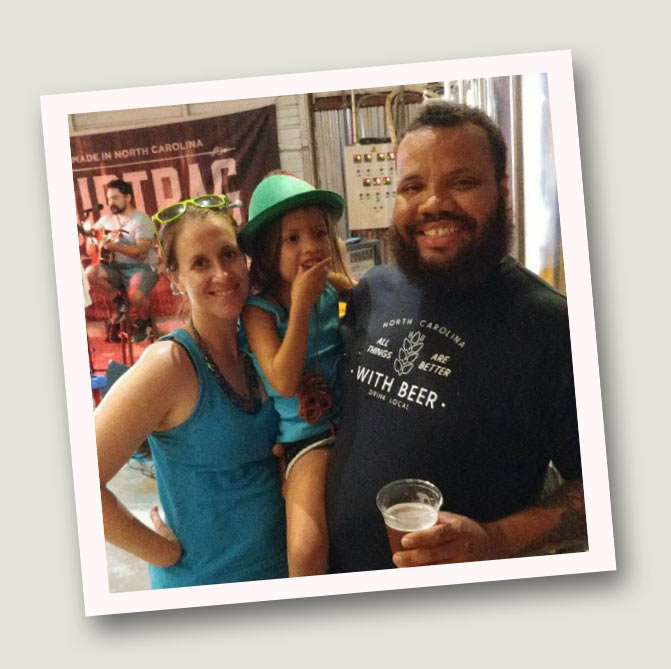 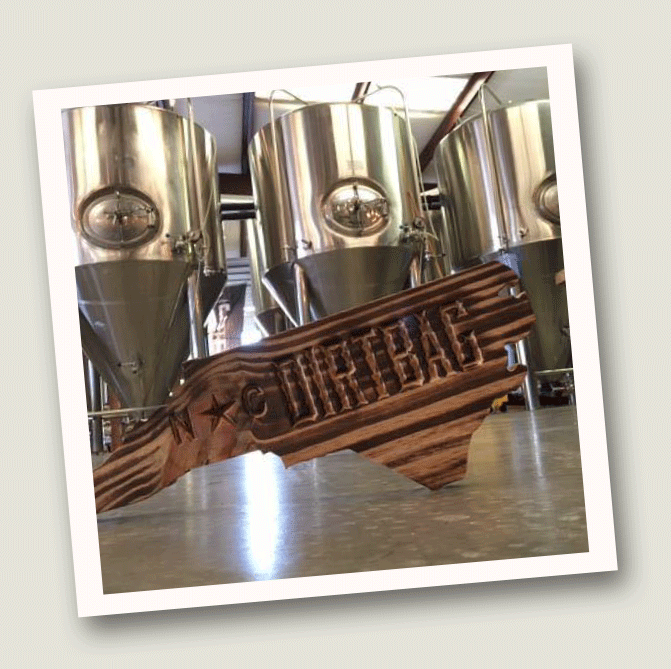 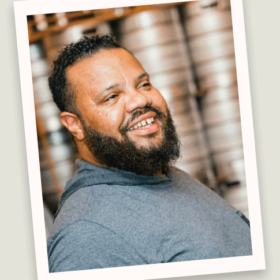 Vernardo “Tito” is the Head Brewer and Co-Founder of Dirtbag Ales. Brewery and Taproom. Born to military parents in Fort Campbell, KY, he moved to Jacksonville, FL, where he attended high school. While working through college he decided to enlist in the military as a combat medic. He has also worked in the emergency room in Womack Army Medical Center where he met Eric, another founding member of Dirtbag Ale and Taproom. In his free time, he enjoys being creative: building, painting, cooking, and playing bass or guitar. 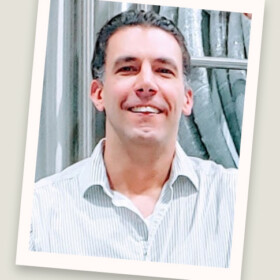 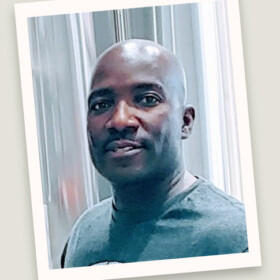 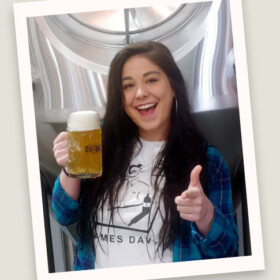 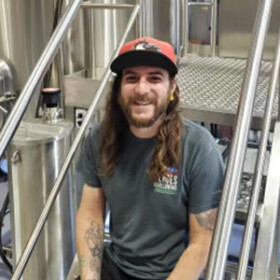 Gino was born in Biloxi, Mississippi, to a military family that moved to North Carolina in the early ’90s. He graduated from Fayetteville Terry Sanford High c/o 2003. While pursuing an agricultural degree, he stumbled across craft beer and the brewing process. He started at Dirtbag Ales in late 2019 and is now apprenticing under the head brewer, Tito. 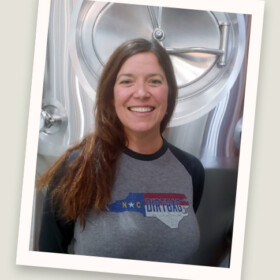 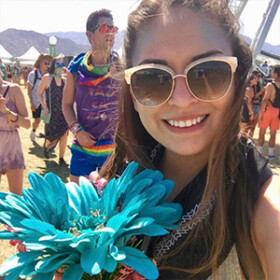 Born and raised in California. Graduated from Antioch High School, c/o 2008. She has a BA in Chemistry from Sacramento State University. Military life brought her to Fort Bragg, North Carolina. Currently works at Dirtbag Ales as Taproom Manager. Enjoys good food, dressing up, traveling and festivals. Future mama of our first Dirtbaby at DBA. 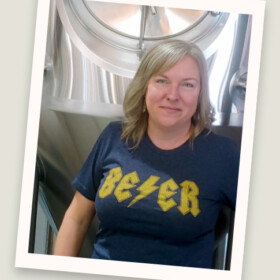 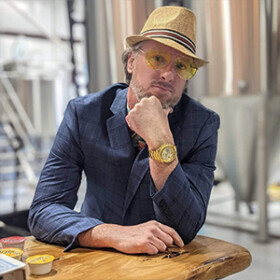 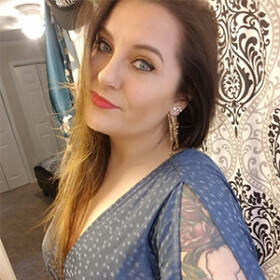 Christina is 36 and from Fayetteville. Her spirit animal is a bull because she likes to charge headfirst into red flags. Her favorite quote: 🤣🤣 punk rock fo’ life 🤟🏼 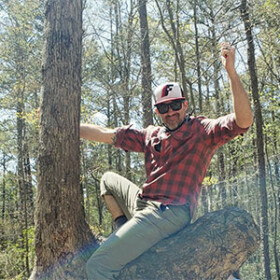 Assistant Brewer / Cellarman / Sales
Fayetteville born, Colorado raised. Enlisted in the US Air Force out of high school and spent 22 years working in Aviation Maintenance. You can catch him at the beach or hiking in the mountains. Loves phat reggae beats, whiskey and his lady. “Detained” once by Taylor Swift’s security team, but that was a misunderstanding. 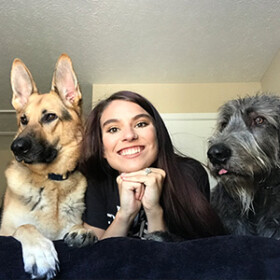 26, from Fredericksburg, VA
Dog mom of 2
BS in Biology from University of Mary Washington
Bartender / helps with social media
Loves crocs, animals, a good book, and going to the beach 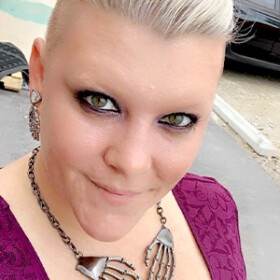 Wyoming born, graduated high school in Fort Collins, CO c/o 2004. Dabbled in college courses but chose the school of life moving to new states for the adventure. After 19 years of being in the service industry, she has made a home as a bartender at Dirtbag Ales. Enjoys traveling, going to breweries and distilleries, being a mom, and making things. Special skills include but are not limited to laughing inappropriately and can make anything sparkle. 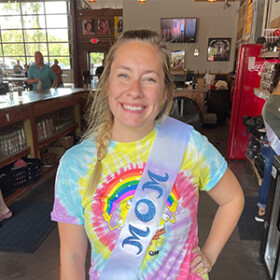 Grew up in Virginia Beach, VA. Graduated Ocean Lakes High in 2011 and played D1 softball at Norfolk State while studying Kinesiology. She married her high school sweetheart in 2012 and together have 3 boys. Currently a bartender at Dirtbags. She enjoys eating, cooking with her boys, Lifting heavy things, going to the beach, and doing regular dependa things military spouses do.